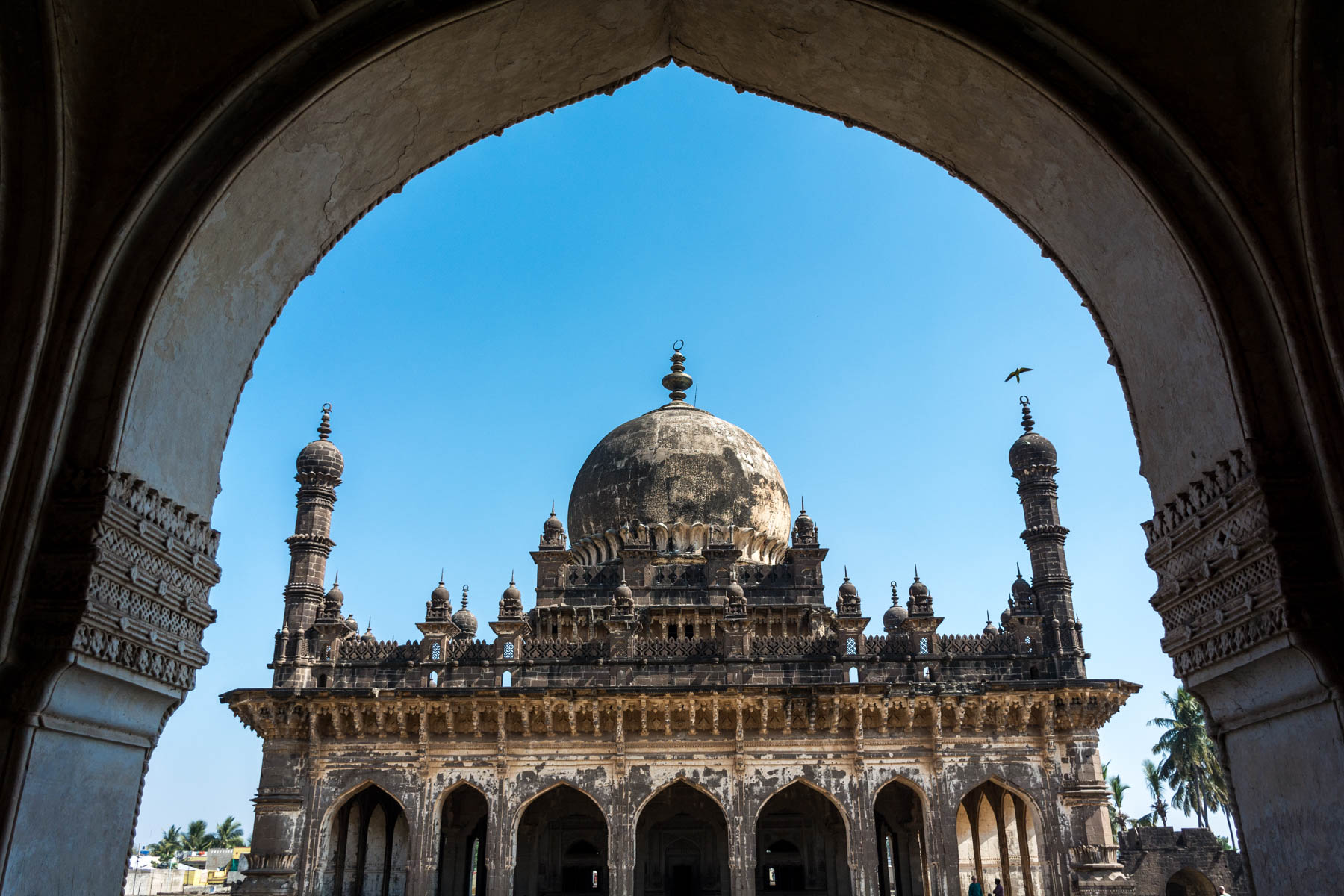 Karnataka has much to offer, yet most foreign tourists simply pass through this southern state en route to Goa or Kerala. If you’re looking for an offbeat adventure, look no further: here’s 7 off the beaten track places to visit in Karnataka, India.

Whether you seek misty mountains blanketed by jungle, rolling hillsides spotted with smooth boulders and ancient temples, or crashing waves on a rocky coastline, Karnataka has it all.

Strangely, many foreigners pass through this southern Indian state, but don’t take time to see what it has to offer. Most tourists visit Bangalore and Mysore before beelining to any of the other top destinations in South India. The backpacker crowd, on the other hand, heads to hilly Hampi or beachy Gokarna to alternate between smoking joints and going swimming.

There’s no harm in a bit of swimming and chill, but Karnataka has far more to offer than cities, water holes, and lousy weed!

For those with time and a sense of adventure, here are my favorite offbeat destinations from my time in Karnataka. Off the beaten track places to visit in Karnataka, India The domes of Gol Gumbaz at sunrise

No matter what way you look in Bijapur, epic history is within view. Massive domed mosques and mausoleums dot its skyline, standing tall and proud despite newer buildings creeping up against their sides. The town is a fantastic hodgepodge of historical sights from all eras, and the place to see Islamic architecture in India. A tomb at Ibrahim Rauza

Things to see in Bijapur

Where to stay in Bijapur One of the Bahamani tombs outside of Bidar

Nicknamed the City of Whispering Monuments, Bidar is another city overflowing with forgotten historical monuments. The strangely shaped walls of the 500 year old Bidar fort rise up on the city’s edge, while dozens of royal tombs dot its outskirts. India’s only Persian madrasa, Islamic school, can be found here, along with plenty of other Islamic historical sights. To top things off, the people of Bidar are very friendly, and many people I met were delighted (or amused) to see foreign visitors. The entrance gate to Bidar fort

Things to see in Bidar

Where to stay in Bidar One (insanely epic) facade of the Chennakesava temple

Commissioned in 1117 AD, Belur’s Chennakesava temple is one of the finest examples of Hoysala architecture in India. “Chennakesava” literally means “handsome Kesava”, the form of Vishnu the temple is dedicated to. Thousands of intricate carvings adorn its walls, and 48 unique pillars support its interior, some topped by madanikas—“celestial damsels”, perfect examples of the female form. Detailed carvings on the Chennakesava temple

Where to stay in Belur

You can stay in Belur, but it’s easier to stay in Hassan and take a bus or taxi from there. I stayed at the comfortable and good value Hotel Abhiruchi. The strikingly dark interior of the Hoyaleshwara temple

What used to be the 12th century capital of the Hoyasala empire is now another small town with a grand temple complex. The Hoysaleswara and Kedareswara temples are two more Hoysala architectural wonders similar in style to the temple in Belur, but dedicated to Shiva rather than Vishnu. The town is only half an hour away from Belur by bus, so be sure not to miss it! Stone carvings on the Hoyaleshwara temple

Things to see in Halebidu

Where to stay in Halebidu

You can stay in Belur, but it’s easier to stay in Hassan and take a bus or taxi from there. I stayed at Hotel Abhiruchi. That’s one creepy house of God….

If staying in Hassan, try to take an afternoon to pay this ex-church a visit. Also known by some as the “floating church”, the church was built in the 1800s, and abandoned in the 1960s after a dam was constructed nearby, flooding the area.

During the monsoon season the area around the church floods with water, and visitors need to hire a small boat to reach the ruins. If it’s not monsoon when you’re visiting, never fear! The ruins are just as fascinating without water, and you’ll be able to see more of them than in monsoon. Where to stay in Hassan

Getting to Shettihalli Rosary Church A procession outside the Krishna Mutt temple in Udupi

Given its coastline location and relatively close proximity to Gokarna, Udupi sees a little more foreign tourism than the other locations. But it’s still far from a tourist hub! Udupi is known as the origin of the dosa, and we totally treated it as a food-driven pilgrimage. People from Udupi put food on a holy pedestal, and it shows (tastes?) in their mostly family-run restaurants—the best chutney I’ve had so far was in Udupi!

If food isn’t such a motivator (… but… why?), there’s also a large temple dedicated to Krishna in the center of town, constantly surrounded by a line of pilgrims waiting to enter and pay their respects. Masala dosa, how do I love thee? Let me count the ways…

Things to see in Udupi

Where to stay in Udupi The interior of Tashi Lhunpo monastery

Everyone knows Dharamsala is where people go to find Buddhism in India… but how about Bylakuppe? It’s India’s second largest Tibetan settlement, and you’d be excused for thinking you’ve entered a new country while walking through town.

Bylakuppe’s streets are lined with small Tibetan eateries, and filled with red robed monks zipping to and fro on motorbikes. The town houses two large monasteries that might seem plain on the outside, but quickly take your breath away upon entry. The golden buddhas of Namdroling monastery

Things to see in Bylakuppe

Where to stay in Bylakuppe

If you’re foreign, you’ll need a permit to stay overnight in Bylakuppe (don’t ask me why). It’s easier to stay in nearby Kushalnagar, and take a rickshaw to Bylakuppe. Yay transparency! There are affiliate links in this post. If you book a stay using one of my links, I’ll get a small commission at no extra cost to you. Think of it as supporting the blog 🙂

Thanks a lot, although we mention much more than just Karnataka in this post 😉

Amazing article!! 😀 , perfect for people who want something more than photos. I am traveling through Asia and will definitely use your guides to plan further itineraries. Thanks!!

Glad to be of assistance!

how did you trasfer from place to place? By a public bus or with a guide? How long have you been traveled for this track?

I traveled by public bus, no guide. I spent about one month in Karnataka in total.

These locations are not off beat. It’s rather common to most indian tourists.
The temple is a place of worship and all statues have religious significance. Comment such as sexy ladies is strongly derogatory and objectionable hurting sentiments of people.

Thank you for pointing that out Aswini. I have removed the offensive comment. Regarding “off beat”, I wrote this article with foreigners as the intended audience; though these locations are well-known to Indian tourists in the region—who have more knowledge and access to local information—they were not commonly visited by foreigners at the time.