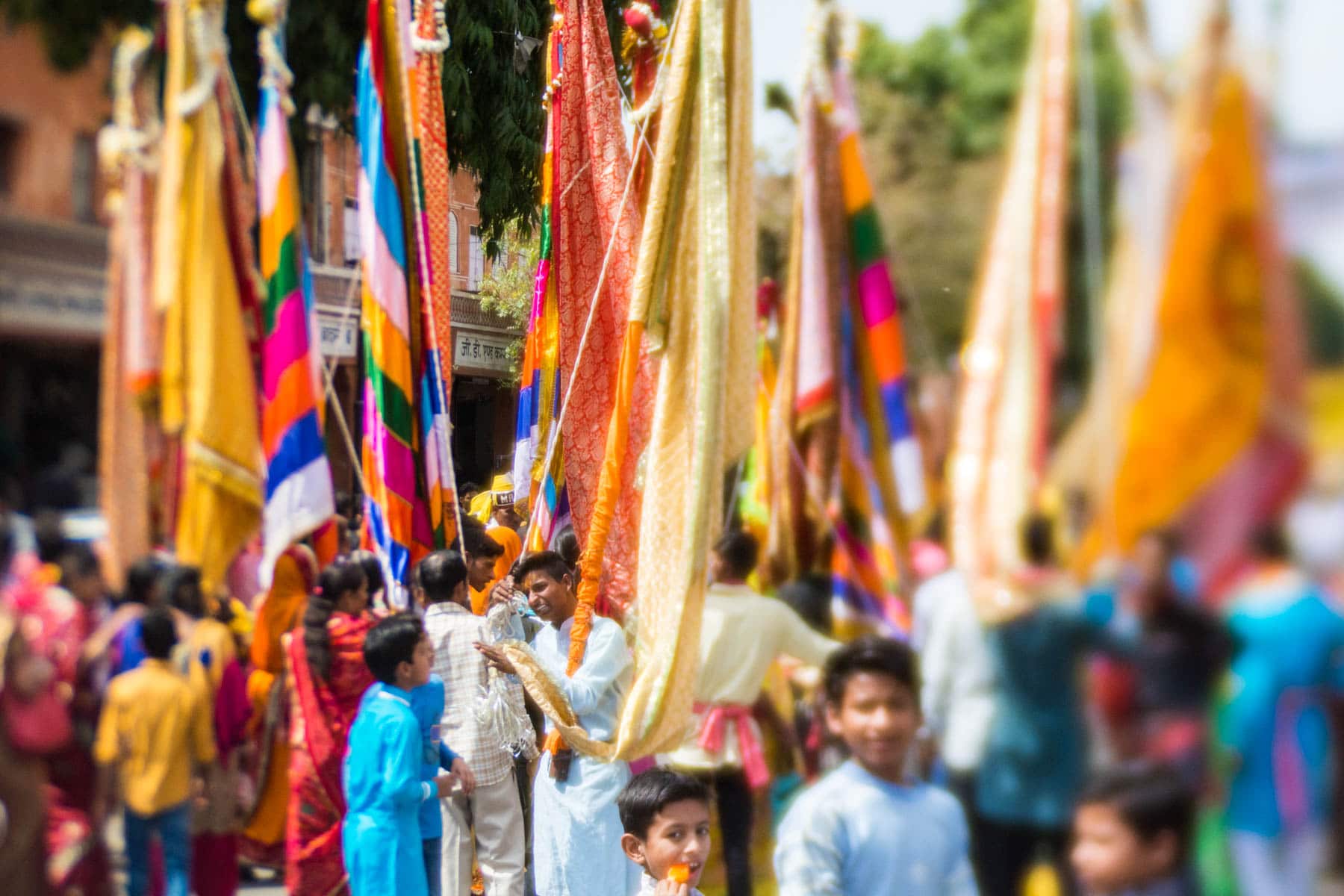 A photographic adventure along India’s tourist trail and a Lensbaby Edge 50 Optic review. The lens was provided to us by Lensbaby, but all photos, thoughts, and derpy moments are most definitely our own.

Every year, more than 8 million tourists visit India. And that’s just foreigners—there are millions more domestic tourists traveling all over the country.

Many of those millions flock to the same sights. The mausoleums of Delhi. The Taj Mahal in Agra. The palaces of Rajasthan. The ghats of Varanasi. The Hawa Mahal in Jaipur, Rajasthan

Virtually every one of them, myself included, comes armed with camera, ready to snap photos of everything from towering, ornate havelis to elusive Bengal tigers. That’s in addition to all of the postcard-perfect images of these sights already in circulation.

Over the past three weeks, we followed the flow of the other tourists, traveling along the well-beaten Indian tourist track through Delhi, Agra, Bundi, Udaipur, Jaipur, and Varanasi. After being spoiled by all of the tourist-free destinations of our past year of travel, I was daunted by the challenge of photographing India’s tourist trail.

How the hell am I supposed to come up with anything original short of hiring a helicopter or praying to the weather gods for epic AF sunrises and sunsets?

Luckily, a solution was literally handed to me. Right when our tourist trek began, I got my hands on a new creative lens: the Lensbaby Edge 50 Optic. What the heck does a Lensbaby Edge 50 Optic actually do?

“Creative lens” might be a new term for you—no big deal. Though the term might be new, many of you are already familiar with the Edge 50’s effect.

You know that Instagram filter where you can selectively blur out part of the image, and leave a linear or circular area in focus? That filter was inspired by Lensbaby. But whereas the Instagram filter is purely digital, with Lensbaby, the effect is real. The lens is mounted on a bit of hardware called the Comproser Pro II, which allows it to rotate and tilt on a ball axis. The more you tilt it, the narrower the band of focus, and the direction of tilt changes the direction of the focus band.

If you’ve ever scrolled through our Instagram, you might have noticed a trend. Carefully composed shots. Plenty of symmetry. Sharp focus, straight lines, popping details, you get the idea.

I’m not sure if it’s because I’m a designer in love with clean lines, or because I need to have some semblance of order in our otherwise chaotic lives, but whatever the reason, I’m OCD behind the lens. And that sure as hell doesn’t work with the Edge 50. With the soft focus comes unpredictability. I tried to adapt it to my rigid photography style, only to emerge with mediocre photos. Instead of seeking out new angles or opportunities, I was driving myself crazy deciding what to focus on, and agonizing over poorly focused shots. Which leads me to my second point…

One of the first instructions with the lens is to make sure your camera’s diopter is properly adjusted before doing anything else.

So, obviously, I didn’t. The diopter on your camera focuses the view in the viewfinder

I hate adjusting the diopter—it’s so hard to see if the view is in focus on my Nikon D7100. (Also, my viewfinder is so dusty, I’m never sure what I’m looking at anyway.) With a mental shrug, I assumed that, since my photos had all been coming out clear, the diopter was *probably* on the right setting. Look at this beautiful shot of…. the boat’s reflections? Damn it.

A slightly unfocused diopter isn’t an issue when you’re shooting with a normal lens on autofocus. But there’s no autofocus with Lensbaby lenses, and given I was shooting on super wide apertures, my depth of focus left absolutely no room for error. Oops. An elephant on the streets of Udaipur at sunrise sounds like the perfect combination for the ultimate photo… then this focus fail happened.

Most of my photos were slightly off focus. Though frustrated and well-aware, I attempted to pass it off as ~*artistic license*~… and was called out on it. Finding myself the sweet spot in India

And then, after endless slip ups, mistakes, and the occasional lucky shot, it all clicked. Pun unintended.

Early one morning, as the sun rose over the banks of the Ganges in the holy city of Varanasi, I figured things out. Perhaps it was divine intervention—Varanasi is the holiest Hindu city in India, after all—but more likely than not, I’d just stumbled upon the perfect mix of ingredients. And fixed my stupid mistake. Sunrise bath time in the Ganges

After weeks of questioning the ability of my own eyeballs, I realized the focus issue could be resolved simply by properly focusing my viewfinder. Two minutes of fiddling later, the focus problem was fixed. Derp. Goats on the Ganges

Technical issues resolved, I was free to focus on the world before me, and oh what a world it was. The warm glow of sunrise plays perfectly into the Edge 50’s effect. While my previous attempts at dreamy shots during the middle of the day fell flat, I was quickly lost in reverie shooting with the Edge 50 at sunrise. “Boat?” – Every single middle aged man on Varanasi’s ghats ever

I’d also noticed shots in busier environments were more striking, and this was quickly proven once more. The Lesnbaby’s effect helped to pull people and objects from the crowds on the ghat, capturing a moment within the madness.

If there’s any place in the world perfect for seeking moments in chaos, India is it, and Varanasi’s ghats are a shining example. Men and women waiting to take a morning boat ride

There’s still plenty to discover with the Edge 50, but for now, at least I’m finally off to a good start.

Where to get your own Lensbaby Edge 50 Optic

You can buy the Edge 50 Optic and Composer Pro II (necessary) from Lensbaby’s site for $399. Versions are available for all major digital camera brands, including Nikon, Canon, and Sony.

If you’re looking for an even wider range of special effects, there are plenty of other optics available from their site. Go wild! Still on the camera train? Don’t miss our post with my two favorite pieces of advice for beginner travel photographers.

7 thoughts on “India through a new lens”

Interesting effect! It sounds and looks like a tricky art to getting it right, but when it works, it looks wonderful. Great review, and stunning shots – I really want to go back to India ❤

Yes, the learning curve is quite steep, especially if you’re not used to manually focusing your lens. But the effect is pretty cool.

Cool pics and lovely writing! I was in south India 10 years ago and i have other priorities..now i will re-schedule my travels and put india in my top 3 places to see!
http://www.vivaguides.com/single-post/TRAVEL-BOOKS