Why the fuck did they travel to Afghanistan?! is the question burning in your mind right now, and we don’t blame you.

The country is plagued by war and considered one of the most dangerous countries in the world. Sensible governments advise against all but the most essential of travel in Afghanistan. Yet we went without a guide, without an interpreter, and without security.

So why did we?

Why did we travel to Afghanistan?

Thousands of years of history with no one there to see

We wanted to see ancient Balkh, once capital of mighty Bactria, where Zoroastrianism was born and where Timur reigned supreme. The ruins of the Masjid Sabz, Green Mosque, in Balkh.

To wander through Herat’s ancient citadel and admire its colorful Persian roots. We wanted to explore the Panjshir Valley, where the Mujaheddin held off the Russians, and bombed out tanks still stand as a testament to their strength. We wanted to explore the caves of Bamiyan and stand before its (sadly desecrated) Buddhas. Can you spot the buddha enclaves in the background?

Simply put, we wanted to see what Afghanistan had to offer.

Don’t believe everything you see on T.V.

But there’s more to it. When people think of Afghanistan, they think of war and violence, Predator Drones and Taliban, bomb blasts and murder of religious minorities and security personnel. Not people. We wanted to meet these very real people and hear their stories, to go beyond the news flashes and learn the Afghan people’s perspective.

Where no man dares to tread

Of course, we also take a certain pride in going places where not many other travelers go. Not because it’s “cool” or because it makes us “interesting”—if we wanted that we could’ve hiked through the remote Wakhan Corridor, the only safe place in Afghanistan and a hotspot for people looking to check Afghanistan off their bucket list… sans-risk. Wandering along the walls of ancient Balkh.

No, we seek out these places because they scream to have their stories told, and are dying to welcome international visitors (other than aid workers) once more. Tell an Afghan you’re a tourist, not an aid worker, and you’ll be blinded by the smile blossoming across their face.

We hope that by going here, without any form of protection or hired help, we can show the world it’s possible. If you’re crazy enough to dream of it, you can, too. Curious about traveling to Afghanistan, too? Check out our comprehensive Afghanistan travel guide! 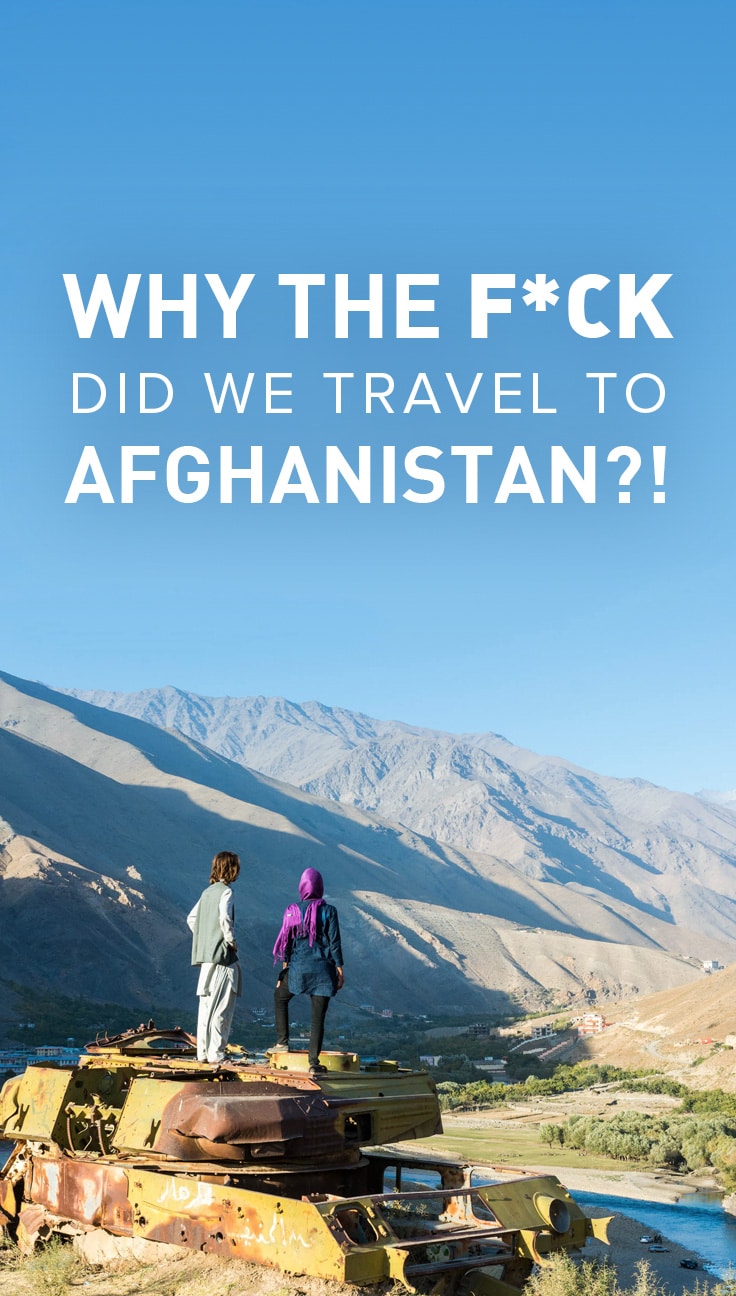 55 thoughts on “Why the f*ck did we travel to Afghanistan?!”

After the article even i’m feeling like to travel to Afghan pretty impressive place.

It’s really a pretty impressive place actually it carries a great history with it. Afghanistan is a place everyone must see.